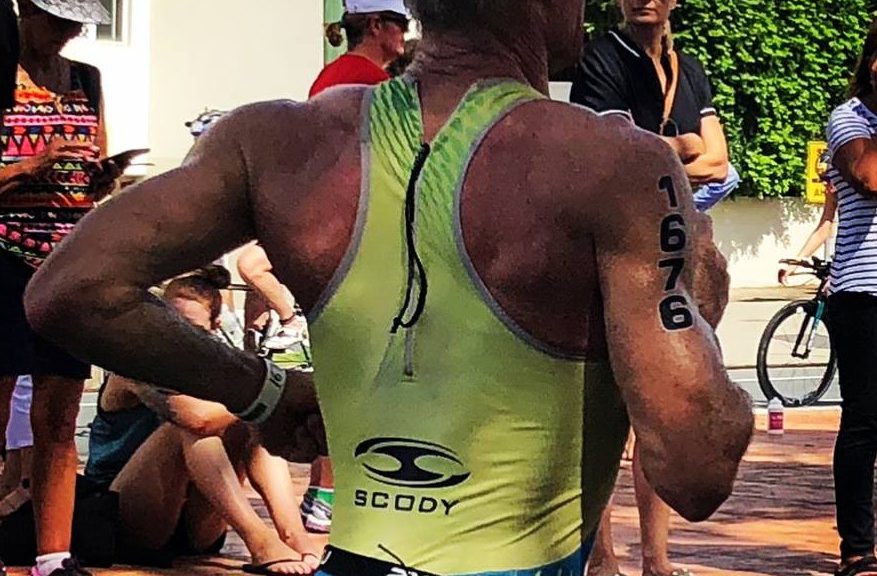 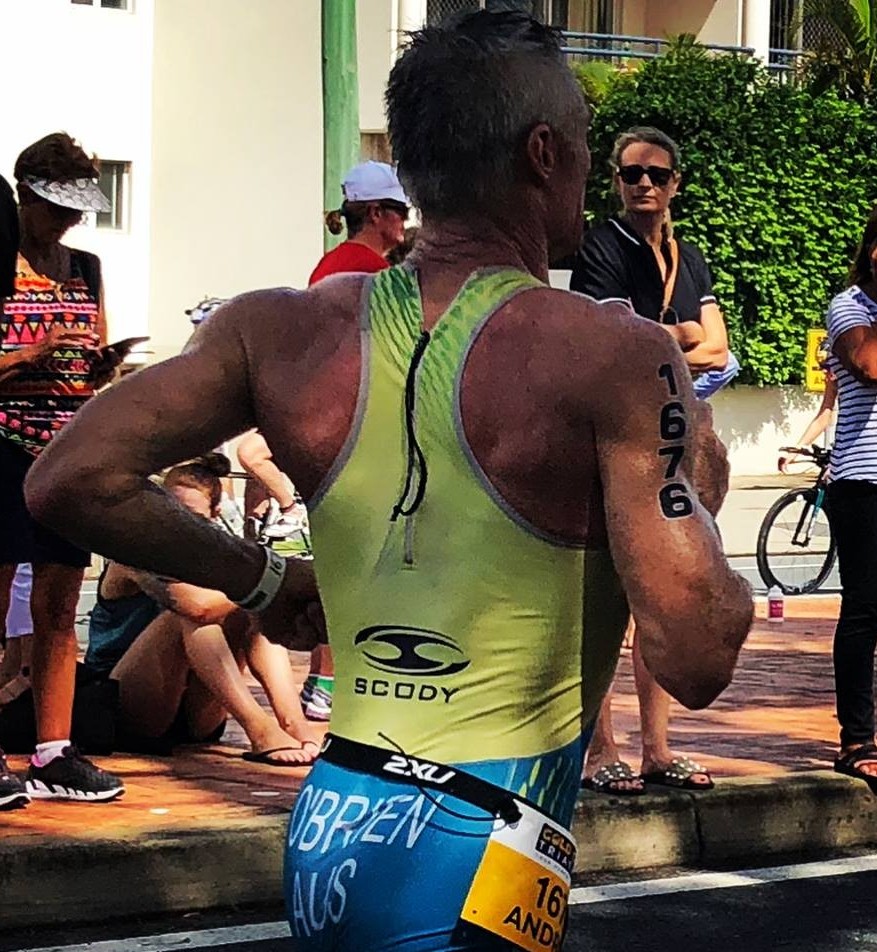 The transition from triathlon to trail running occurred more from circumstances beyond my control than from choice. In saying that, it has been a positive and welcomed change in direction.

When we moved to Portugal from the Gold Coast, Australia we began to notice a large trail running community here around Cascais. I was keen to return to some physical activity that I could tolerate after a long spell of rest due to a back injury. I was gradually able to venture out on the trail to discover some new running tracks.

We discovered miles and miles of trails to explore in the Sintra National Park. My attention soon focused entirely on trail running as it was causing no great issue with my back injury even as I increased the duration out on the trail.

With my background being triathlon and primarily road running, I soon discovered I needed to do a lot of strength training, particularly on my glutes and legs. I knew I would have to focus on this to be able to compete and not be injured frequently. When I was competing in triathlon I was aware I had weaknesses in these areas but not to the extent of when I began trail running.

A strong body typically has a strong core, well-defined glutes, quads, hamstrings and calves. Not to say that your back, arms, shoulders and chest aren’t important, they are. But in today’s world we have a tendency to sit down a lot which contributes to many back related issues. Most of these problems arise from weak abdominals, glutes, legs and shortening of the psoas muscles.

Although back problems weren’t a real problem for me when I was competing in triathlon, I feel I now have a weak area after the direct trauma I suffered. I was kicked in the back by a horse when working in my trade as a farrier and was forced to rest for a number of months while this healed. After the initial rest period when I was able, I made myself a core, glutes and leg strengthening regime that consisted of different floor exercises. Ultimately I was not able to return to my trade as my back simply won’t withstand the severe angle you need to put yourself in under traction and movement.

As I slowly increase the running I am made more and more aware how important strong glutes and legs are for the sport but also to protect my back from further issue. Strong and properly performing glute muscles will do their job and ensure the back muscles are not called upon to do more than is their role and hence over strain them.

The big thing I noticed after starting to trail run and climbing more hills is that my back has been progressively getting better and better. I feel this is a direct effect of strengthening the glutes and legs. This is definitely one of the main attractions to me to trail running as a sport as it strengthens you in the areas our bodies need the most. On top of that it’s so simplistic and fun. 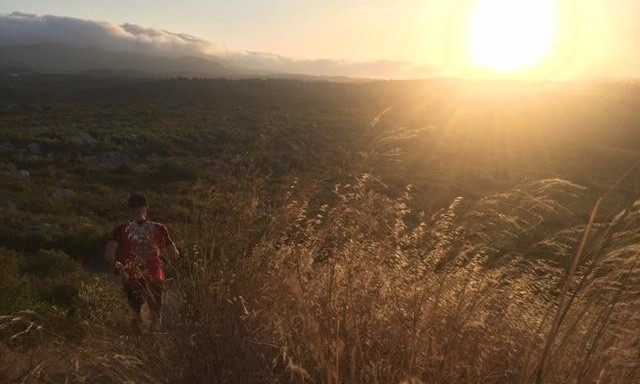 I will progress with my training and would like to compete when my body is strong enough. My glutes and legs were a weak point for me when doing triathlon but overall the sport allowed me to get away with it. I still managed to reach top 5 status in my Age group at the Triathlon World Championships with no significant injuries. When competing in trail running you would not be able to get away with this type of weakness.

Although I currently find cycling uncomfortable, in general I am noticing a significant improvement in the overall strength of my body. I also feel I am holding myself better as opposed to slumping when sitting and leaning into either hip when standing.

If I continue to progress as I hope to, my big goal for next year would be to qualify for the OCC event at the UTMB (Ultra Trail du Mont Blanc). This race has a distance of 55kms over 3460 elevation.

For more details on the UTMB, check out the website here.

Currently I am running a solid 50-60km week and will increase this amount by no more than 10% per week until I reach 80-90km/week. I will aim to keep increasing the training load to well over 100km/week but this will be closely monitored to how I feel. There will be some lighter weeks thrown in every 4-6 weeks to allow the body to properly repair and adjust to the higher training load.

My elevation will also be increasing to further strengthen primarily legs and buttocks but also tendons and ligaments of the leg.

Overall the transition from triathlon to trail running has been positive and exciting. Upon reflection I can see that my injury, although frustrating at the time, has led me on this new path. Escaping into nature has been pretty awesome also. The amazing scenery, the tranquility and the sense of adventure that comes with trail running is hard to beat.

I will continue to add to the blog with an up to date report of my training plans with any race plans if I’m up to that.

Please feel free to leave a comment below! I would love to hear from anyone on their experiences with returning from injury or trail running in general.

Until then, happy running! 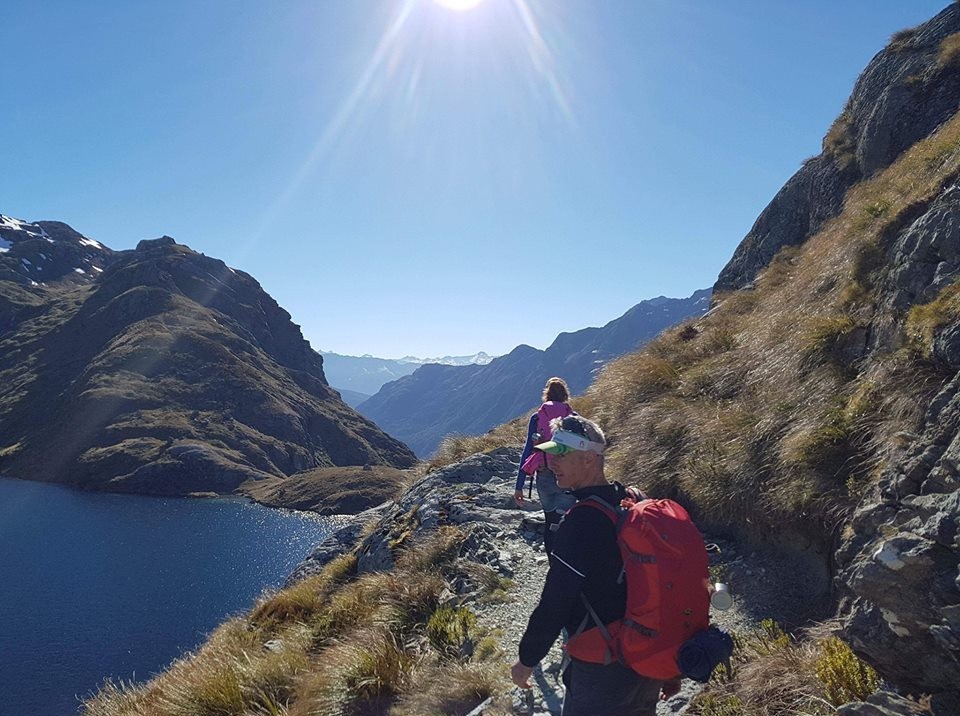