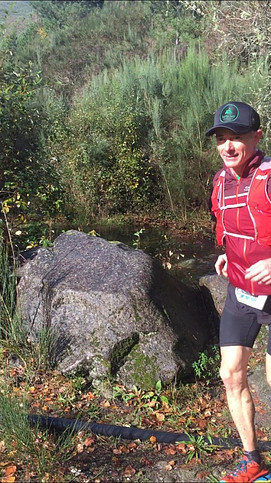 My Biggest Challenge So Far

Wow!! What a race and what an adventure. Here’s my race report on the Pisao Extreme 35km Skyrace.

The Pisao Extreme is a very technical, mountainous skyrace in the area of Viseu, Portugal. 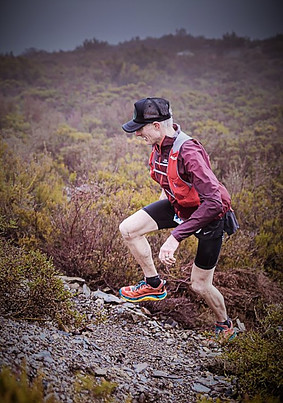 As I mentioned the Pisao Extreme race is very technical, having some very steep hills. It included long up and down hill sections, numerous water crossings, shale rock sections which were quite slippery at times and sheer drop offs that you were running next to. It was definitely not a course you could get any PBs for any given distance around.

The aim for this race was to complete it without any injuries as I have more races in the coming weeks.

So I planned to go off from the start line at a steady pace and get a feel for the race as I progressed. Not to take any risks particularly when running down steep descents as this is an area that I need more practice with and also you can have a very bad fall if you make a mistake. So safety was the key. 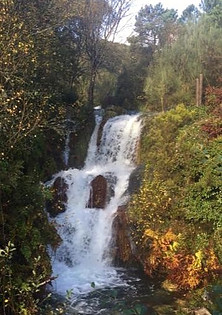 On the start line I placed myself back about halfway in amongst the competitors.

It had been raining heavily that night and was still raining when we started. The siren went off and everybody shuffled off.

We ran down the road then took a left turn to run up the first big ascent. The track was single lane, so it was very hard to pass people. This also meant that it created a huge bottleneck and with over 200 competitors the pace went from jog to walk very quickly.

This gave the leaders out the front a chance to create a good lead over anyone that was caught back and had to walk (including me).

The Nature of the Trail

After which seemed like a kilometre of walking up this section of hill, we took a right turn onto a dirt road that was still going up the mountain. This was the first chance I had to start running and passing quite a few people to make up some ground. At the top of the first climb I found myself with three other guys. They were getting away from me down that descents, then I would catch them back up on the hill sections.

This went on for quite a few kilometres and I had to be patient and not to go with them down the hills as they were too fast for my skill level of descending.

I lost them after a while only to catch up to them again at the second aid station where they were restocking fluids and nutrition.

As I just got to the aid station one of them was leaving so I grabbed 2 dates and left with him. My water levels in my 2 x 500ml bottles were about halfway each so I still had 500ml left which was enough to get me to the next aid station.

After the aid station was another big climb.

I knew that I was climbing better than this guy before as I would catch him and the other two then they would run away from me down the hills. So I decided to run past him as we started the climb and left him behind.

I caught another two on that climb and held my position down the other side.

As I started the race with many people in front of me on the start line I had no idea what position I was in at this stage of the race.

Further down the track the 35km course ran into the 24km course, so this got even more confusing to with what position I was in. I put that out of my head and ran my own race with a pace that was safe and comfortable.

Want to know what exercises are great for improving your strength and stability for trail running? Check out my post on exercises to improve running form here.

I reached the last aid station and filled one bottle as this would be enough to get me to the finish line. I had enough nutrition still in my vest so decided to pass on anymore and kept going straight after filling my water bottle. 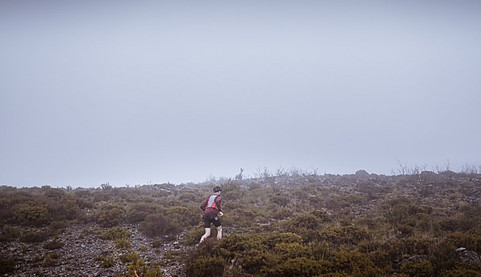 The last big climb was one of the biggest of the day and it was there that I over- took a lot of competitors. In saying that many of them would have been from the 24km distance.

The last 3km of the race was the quickest area of the course. Although it was not flat it enabled me to get along at a good pace for the first time since the start.

As I was coming closer to the finishing line picking up more competitors along the way, I was feeling quite good for this late stage in the race. This showed me my current fitness level was starting to come good with this longer distance.

As at this stage I had been out on course for just over 5 hours, much longer that any other race or training run I had ever done before.

As I came over the final water crossing near the finish I heard the familiar voices of my wife and daughter cheering me on. This was a wonderful thing, to not only see their smiling faces but to know I was almost there. I called out “which way?” and my daughter promptly led off in front pointing me around to the right for the final 200 metres or so of the race. 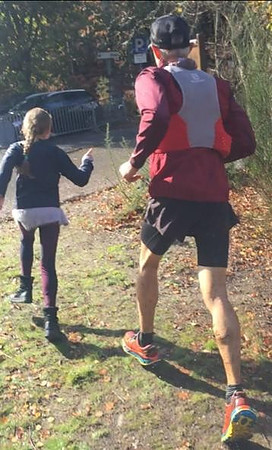 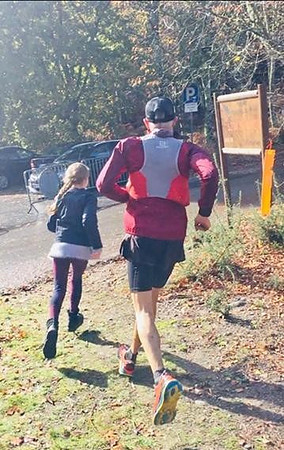 I finished the race in 5 hours and 24 minutes and crossed the line still unaware of what position I was in.

The commentator motioned me over for a quick talk/interview straight after the finish line. He had been very kind prior to the start helping to sort out a race belt and ensuring we had everything we needed. I think having someone all the way from Australia was a bit of a novelty.

I was soon eager to go over to the timing marshall to find out where I had come in the race.

Surprised and Stoked with my Result

I managed to place 7th overall and 3rd in my age group which I was very pleased with. I thought I would have been further back than this, particularly in the overall category.

So although it was very wet with rain and water running down many of the tracks, the Pisao Extreme was an awesome and challenging event with big mountain climbs and great views.

The views were particularly good when descending into little village/townships that you would never pass through other than when you are doing an event like this.

The Pisao Extreme Skyrace is not the type of race I would commonly register for and compete in, as it is so very technical. In saying that I would love to come back next year to do this again as it is like a race/adventure that was very fun to compete in.

My next race will take place in the Azores in two weeks time. This race I am hoping to do well in. It is much the same distance as this race but with just over half the amount of ascents/descents. This will make it a more runable course which will suit me much more.

So until the Azores Epic,